The pagoda of one million Lord Buddhas

“Maha Dhammakaya Cetiya, The pagoda of the Triple Gems, is a spiritual center for all humans and spiritual beings, the place for them to pay homage to the Triple Gems and to fulfill their spiritual search regardless of race, creed, religion and nationality.

The founding of Maha Dhammakaya Cetiya, is a great and important task. this talk will bring spiritual uplifting and install morality into humanity. This task will bring all humanity to feel close to the the Triple Gem. The origin of thought will be purified, and speech and manners will be purified. This will create the type of immunity that the world is looking for. The peace that will be radiated from the inner being will spread from Individual to families to societies, and to nations, and soon extend the true peace to the world at large.” 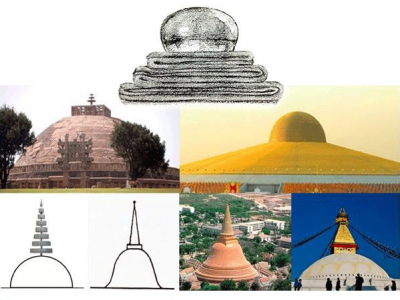 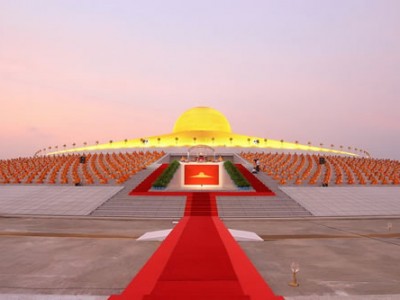 Dhammakaya Cetiya – a center for world peace and wisdom.

The Dhammakaya Cetiya is a symbol of world peace through inner peace. Built entirely on public contributions, it is also the embodiment of unity and love for the whole world. The dome-shaped Cetiya (stupa) is the hallmark of what has become the largest venue for mass meditation and prayers for Buddhists and peace-loving people of the world. Its shape symbolises the spreading of love and kindness, along with peace, to the whole world. The Dhammakaya Foundation, under the leadership of Ven. Phrarajbhavanavisudh, better known as Luang Por Dhammajayo, President of the Foundation, has set the goal to construct the Dhammakaya Cetiya in order to create world peace for all by developing a peaceful mind in every person.

In fact, world peace is a result of a peaceful and purified mind of all. Therefore, we need a place to facilitate people in their search for spiritual fulfillment and the kind of happiness that is independent of material things and circumstances. Besides developing the inner peace through meditation, we also promote the cultivation of moral conducts. Therefore, we organize many activities beneficial to all.

Each Buddha statue on the Cetiya in a cross-legged position is an embodiment of purity, wisdom and enlightenment. This is because the Lord Buddha had become enlightened through meditation, which purified the mind, resulting in inner peace and spiritual harmony.The Dhammakaya Cetiya was built to last at least 1,000 years. The inner peace of each individual can spread to those around, creating a happier family, more peaceful societies and regions in which people treat each other with compassion and respect.

The parts that hold the 300,000 Buddha statues on the hemispherical dome and its terraces of the Dhammakaya Cetiya are called cladding. Both Buddha statue and claddings were built from silicon bronze which is normally used in submarine’s propeller for its strength and chemical resistance. From the knowledge of the world’s first Bronze Age civilization of Ban Chiang in Udon Thani, Thailand, archaeologists have unearthed Bronze statues believed to be approximately 5,000 years old. Considering the climate of Thailand — humid and tropical — we decided to use a titanium and gold coating on the surface of the silicon bronze Buddha statues to protect them and ensure that they last 1,000 years. This technique is called Titanium-Gold Ion Plating, making the Buddha statues on the Dhammakaya Cetiya shining gold. The structural construction of the Dhammakaya Cetiya was completed in late 2542 B.E. (1999). The outer shell of the Cetiya is now decorated with 300,000 Buddha statues: on the hemispherical dome and the spherical terrace. The work-in-progress interior is being decorated with another 700,000 Buddha statues. 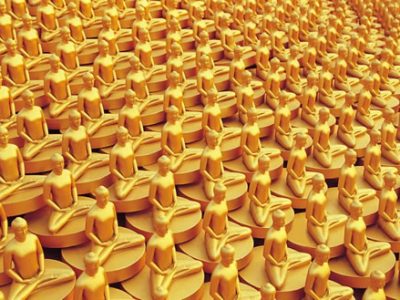 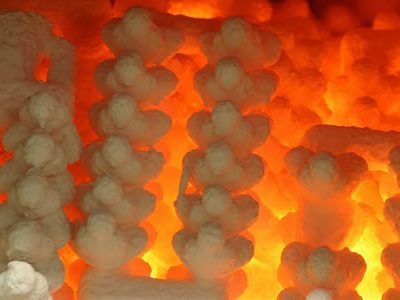 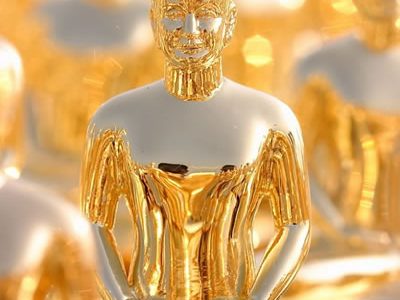 Each and every Buddha statue has an owner. The Dhammakaya Cetiya is not owned by a single person, but it belongs to every follower who donated to build each Buddha statue. At the base of each statue has the name of the owner inscribed into it. This symbolises that world peace is not the mission of one person, but needs the help of everyone to make it happen.

In Buddhism, there are 4 kinds of cetiya.

Relic Cetiya contains the relics of the Lord Buddha, or the remains of an enlightened monk.

Memorial Cetiya contains the necessities of the Lord Buddha or enlightened monks such as alms bowl, robes, and other necessary belongings.

Dhamma Cetiya contains the Tripitaka, or the Buddhist Scriptures.

Votive Cetiya contains the statue(s) of the Lord Buddha.

Luang Por Dhammajayo has a vision for world peace. Since the Dhammakaya Cetiya serves as a symbol of peace through succeeding generations, it is architecturally designed to symbolize world peace by their ancestors.

The architects and engineers of the Dhammakaya Cetiya project did extensive research on construction materials for the Cetiya. Based on historical evidence of the constructions that have lasted over thousands of years. The final conclusion was that the structural material used in the project was concrete. From the ancient Pyramids of Egypt, the Egyptians at that time used white lime as a seal between the stones of the Pyramids. At present, the white lime still exists together with the Pyramid. Therefore, it was concluded that concrete would be the most durable substance to support the Cetiya to last for 1,000 years.

Was the Dhammakaya cetiya built correctly by the Buddhist standard?

The Dhammakaya citiya is built correctly by the standards in Buddhism in every way. It is not a deviation from the traditions and the Buddha’s standards in any way. In Buddhism, there are 4 kinds of cetiya.

Second, Memorial Cetiya contains the necessities of the Lord Buddha or enlightened monks such as alms bowl, robes, and other necessary belongings. However, those items are rare and difficult to acquire in the modern age. The Dhammakaya Cetiya contains the necessities of modern monks, so that a thousand year from now people would see the way of life of monks in this era.

Fourth, Votive Cetiya contains the statue(s) of the Lord Buddha. The Dhammakaya Cetiya is covered with 300,000 Buddha statues.

Why is the Dhammakaya Cetiya shaped like a UFO?

From the Great Tang Records (大唐西域记) on the Western Regions written by Phra Xuanzang (T51.873a2-13)*, when the Buddha first appointed the shape of all cetiyas, he folded his robes into a square shape and stacked them all together from largest to smallest. He then turned his alms bowl upside down over the folded robes, and said that that is the shape for a stupa-shaped cetiya. This shape has been the model for the building of cetiyas ever since.

Over time, artists started adding tiered umbrellas over top of the round top to show respect, which evolved into permanent structures top of the round top. Some examples are Phra Pathommachedi, Shwedagon Pagoda, or Tibetan cetiyas. Through time, the dome disappeared, leaving only the pointed top, which became the current style for most cetiyas today.

It is not surprising that the public finds the shape of the Dhammakaya Cetiya to be odd and resembles a sci-fi object. The evolution of the cetiyas’ shape have changed the way everyone perceive the “proper” shapes of cetiyas. However, the Dhammakaya Cetiya is the shape that it is to mirror the same traditional shape given to us by the Lord Buddha, and to symbolise the rising sun, spreading love and kindness, spreading peace to the whole world.

*To the north-west of the capital about 50 li or so we arrive at the town of Ti-wei; 40 li to the north of this town of Po-li. In each of these towns there is a stūpa about three chang (30 feet) in height. In old days when Buddha first attained enlightenment after advancing to the tree of knowledge, he went to the garden of deer;

At this time two householders meeting him, and beholding the brilliant appearance of his person, offered him from their store of provisions for their journey some cakes and honey. The Lord of the world, for their sakes preached concerning the happiness of men and Devās, and delivered to them, his very first disciples, the five rules of moral conduct and the ten good qualities.

When they had heard the sermon, they humbly asked for some object to worship. On this Tathāgata delivered to them some of his hair and nail-cuttings. Taking these, the merchants were about to return to their own country, when they asked of Buddha the right way of venerating these relics.

Tathagata forthwith spreading out his saṃghāti on the around as a square napkin, next laid down his Uttarāsaṅga and then his saṁkakṣikā; again over these he placed as a cover his begging-pot, on which he erected his mendicant’s staff. Thus he placed them in order, making thereby (the figure of) a stūpa.

The two men taking the order, each went to his own town, and then, according to the model which the holy one had prescribed, they prepared to build a monument, and thus was the very first stupa of the Buddhist religion erected.